Life isn't about how to survive the storm, but how to dance in the rain!

-Aboospore -
a spore produced from an unfertilized female gamete (cf. azygospore & parthenospore)
(Btw a gamete is a cell that functions in sexual reproduction by merging with another gamete to form a zygote. Examples of gametes include sperm and egg cells. In most organisms, the gametes are haploid (they contain half the number of chromosomes of the parent), owing to reduction division or meiosis.)

Ok, I picked my first word that begins with an 'a'. That's it up there. I thought it sounded rather Halloweenish, having to do with ghosts. That's why i picked it. For no other reason! It figures it has something to do with sexual reproduction. I swear I just chose it randomly! (hmm, I wonder if there's a subliminal message there?)

I like my idea of a definition better. Here, I'll even use it in a sentence: A boo's spore must be scrubbed daily in order to obtain their luminescent, milky appearance. (Well, that's what my dermetologist recommends I do every day too!) So there you have it...my "A" word.

My favorite word is osteopornosis.

It's a degenerate disease.

Hopefully I can start working the words I learn from your blog into my daily vocabulary. Who'd have thought the internet could be so dang educational??

that's so clever. - I am going to try that too.

I am feeling smarter already! :) ~M

Thanks. I have lots of words, but I don't think alphabetically.

Odat
One day at a time, I mumble, sometimes you'll understand, sometimes not. I began this blog as an outlet and it has become an inlet of good friends. 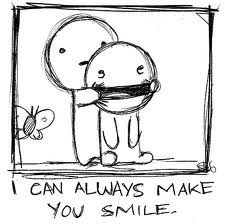 Thanks Sweet Mike and Notorious Tom Get my banner code or make your own flash banner

Get my banner code or create your own banner